Up to 20 permanent jobs are on the way to Drogheda as part of a new centre to deliver training for 400 electrical apprentices each year.

Louth and Meath Education and Training Board (LMETB) has announced the establishment of a major Apprenticeship Centre for Drogheda, the first of its kind to be established in Ireland.  This announcement follows a commitment given by Simon Harris, Minister for Further and Higher Education, Research, Innovation and Science during his visit to the Drogheda Institute of Education (DIFE) a few weeks ago.

Demand for apprenticeship in Ireland remains exceptionally high, with 8,607 apprenticeship registrations in 2021, the highest since 2007. This is welcome as we continue to build our national system. However, the apprenticeship system requires further investment in 2022, and beyond, to meet forecasted demand. In particular there remains a significant challenge with electrical waiting lists, with circa 3,500 apprentices waiting on training for this programme at present. As a first step to address the shortfall in provision SOLAS sought expressions of interest to develop standalone large-scale electrical apprenticeship training centres.  LMETB was the first ETB to be successful in its bid to establish this type of centre.

Speaking after the announcement Martin G O’Brien, Chief Executive Officer of LMETB, and member of the Drogheda Implementation Board, said “we are very pleased to bring this new centre to Drogheda. We thank Minister Simon Harris, officials from DFHERIS and SOLAS management for the support and investment for Apprenticeship provision in Drogheda. It will enable LMETB grow and expand our capacity to deliver apprenticeships across the region. In addition, it will assist SOLAS in addressing the current waiting list”.

Also speaking after the announcement, Michael Keogh, Chair of the Drogheda Implementation Board said “At our meeting the Board agreed to lend our full support to LMETB in seeking funding for this development, we are delighted that LMETB has been successful in its application. The development of this facility aligns to a key recommendation made by Vivien Geiran in his Scoping Report into Community Safety and Wellbeing in Drogheda.

We would like to recognise the efforts of Martin O’Brien, Chief Executive, Sadie Ward Mc Dermott, Director of FET and Sinead Murphy Head of Land and Buildings and their respective teams in submitting this application, which was a challenging and competitive process but has resulted in a significant positive outcome for Drogheda”, Keogh continued.

It is anticipated that the centre will open in early spring and provide Apprenticeship training to almost 400 apprentices annually. It will also mean the establishment of up 20 new permanent jobs in Drogheda at all levels. The presence of this centre in Drogheda will be of enormous benefit to the young people of Drogheda and beyond and will further stimulate business development in the region. 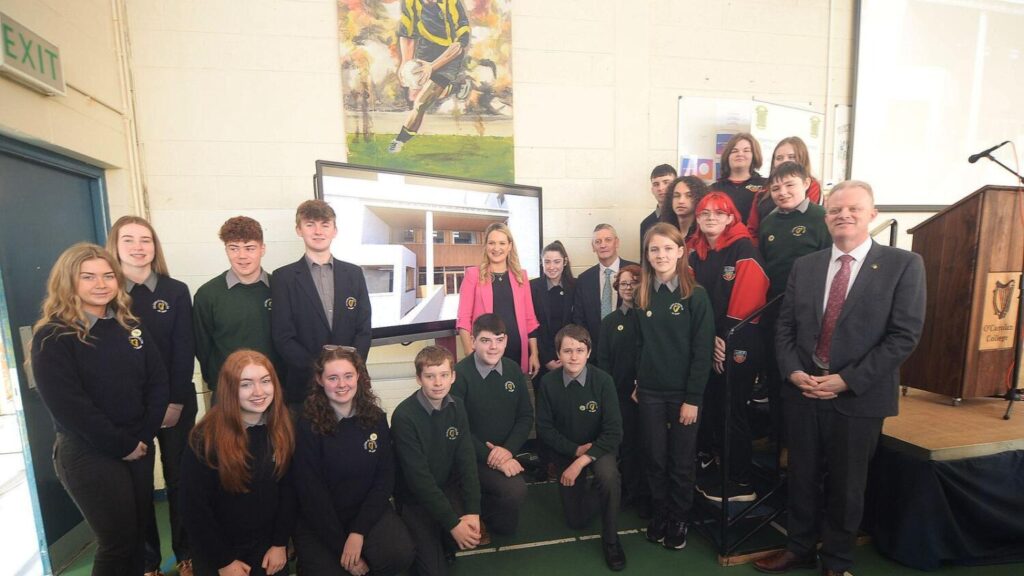 On her last day before starting maternity leave, Minister for Justice and local TD Helen...

The Government has announced an investment of €11 million in the Advanced Manufacturing... 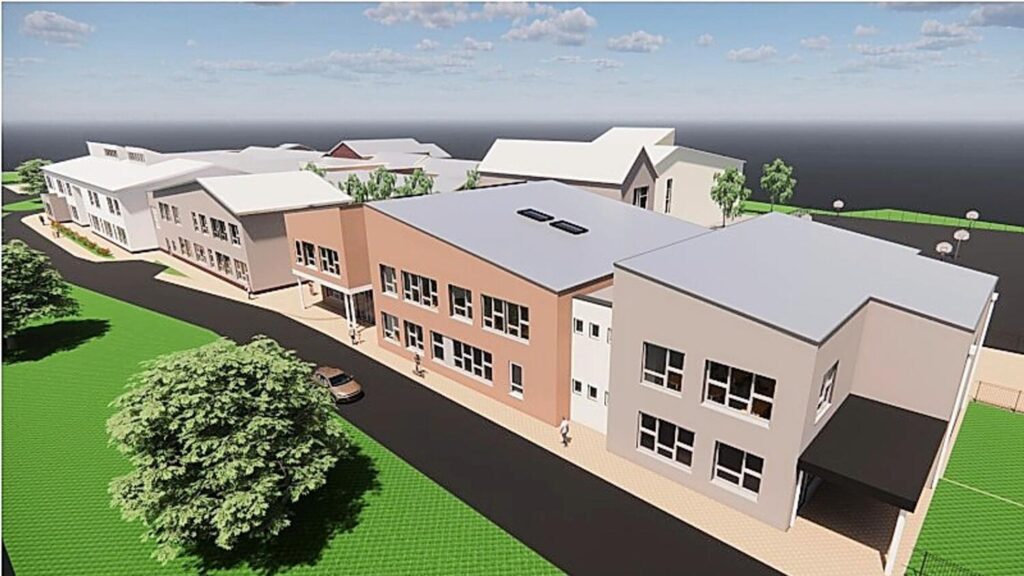 Extension will allow Beaufort College cater for up to 1,000 students

Extension will allow Beaufort College cater for up to 1,000 students

Plans for a major extension to Beaufort College in Navan that will allow the school cater for...